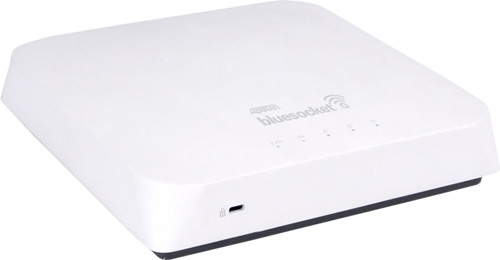 The Bluesocket 1930 and 1935 APs provide high performance, reliable coverage in ultra-high density wireless environments, such as indoor arenas, conference centers, libraries, and other high traffic areas. The Bluesocket 1930s Series APs support the newer generation of laptops with threestream radio support, and offer higher receive sensitivity on both the 2.4 Ghz and 5 Ghz radios to compensate for Bring Your Own Device (BYOD) type mobile devices such as smartphones and tablets that have a fraction of the transmit power of traditional laptops.

The Bluesocket 1930 and 1935 APs are fully functional with the power delivered by a singleport 802.3af PoE solution.